What is next-gen antivirus? It sounds like some random made-up marketing term. While it is a marketing term, it is very accurate. Next-generation antiviruses have capabilities that current offerings in the market just can’t touch. They have the ability to do far more and to stop threats before they even occur. Let’s take a look at Sentinel One, one of the premier examples of the category.

What makes Sentinel One special? Why is it any better than current antivirus offerings? What makes it truly next generation? The answer to all three of these questions is the AI integration built into the antivirus software.

Let’s take a look at 3 reasons that AI in AV will protect you!

Sentinel One, as well as other next-generation antivirus offerings, include Artificial Intelligence baked into the software. This allows it to be smarter, faster, and deploy quicker. Truly, the world of cybersecurity has changed with the advent of these types of programs! 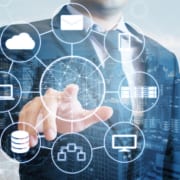 The Fundamentals of Network Security

Increasing productivity and efficiency with VoIP

Any cookies that may not be particularly necessary for the website to function and is used specifically to collect user personal data via analytics, ads, other embedded contents are termed as non-necessary cookies. It is mandatory to procure user consent prior to running these cookies on your website.